Peppers are one of the most delicious and versatile foods in the world, and can bring life to any meal.  They’re also great just on their own!

Most times, peppers are used as a complimentary ingredient and are diced, sliced, and sautéd to be combined with other foods.  Maybe they’re more featured during your meal time and are stuffed with cheese and wrapped with bacon.

But did you know there’s another method of cooking peppers?  Smoking peppers will lead to longer lasting food, incredible taste, and retention of most of the healthy nutrients that come packed in peppers.

In this article, we’ll go over everything you need to know for how to smoke peppers at home, no matter which type of smoker you have!  By the end, you’ll be ready to make and enjoy smoked peppers year round.

When it comes to smoking peppers, there are really two routes you can take.  Each is quite different from the other, but both result in deliciousness and are worth trying out!

First, you can smoke peppers as a main or secondary ingredient of your meal – for example a stuffed smoked pepper dinner.  Smoking peppers this way is a great way to incorporate delicious flavors into a normally more ordinary tasting meal.  This method works great with bell peppers, poblano peppers, or really any of the mild to medium type of peppers.

The other reason to smoke peppers is to add flavor to them for use as ingredients and/or spices.  This happens by using a process that will involve a dehydrator or an oven.  Dehydrating is a method used to preserve fruits, veggies, and to make jerky and other foods. Basically when moisture is removed from your peppers, it helps to prevent the growth of bacteria and decay of the food – which extends the shelf life of your food. 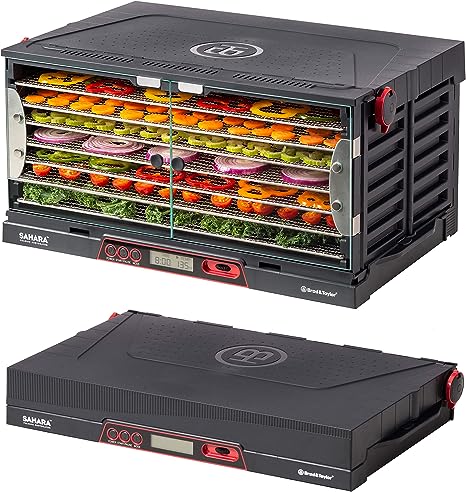 After your peppers absorb flavor on the smoker, they are then placed into a dehydrator for around 12 hours to dehydrate.  This process removes moisture and results in a perfectly smoked pepper that will last for a long time and can be ground into delicious homemade spices.

The art of the homemade spice has been lost in many regards.  Nowadays, we typically just buy processed store bought spices from our local grocer.  While these spices are totally fine to use, they’re suppressed in flavor and don’t stack up at all in comparison to the flavor of homemade spices.

Thankfully, the list of items and equipment you’ll need to smoke peppers is pretty small!  Here is everything you should plan to have on hand for your smoked peppers recipe. 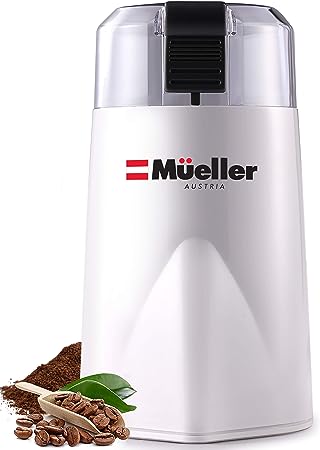 Here is a step by step process for smoking peppers with the intent of making homemade spices!

Get your smoker started so that it can heat up while you prepare your peppers.  Temperature wise, you want your smoker to be around 200-225°F and no hotter.  Just before your smoker reaches its desired temperature, add wood for flavoring.

Before the peppers go on the smoker, there are a couple of steps you should take to ensure that the peppers are clean and fully prepared for the cook.

First, you should wash your peppers by placing them in running water.  This simple step shouldn’t be overlooked and is very important in the process of making smoked peppers.  Running water over them will remove any dirt or leftover remnants of fertilizers that might still be lingering from the growing process.

From there, you can trim your peppers and remove seeds if you want to.  Trimming the peppers before hand won’t change how long they remain on the smoker, but it could reduce the amount of time you have to spend grinding them on the back end.

Removing seeds or not comes down to personal preference.  With most peppers, more seeds means more heat and spiciness.  If you like your smoked peppers hot, leave more or all seeds in.  If you want to make the end result more mild and less spicy, remove seeds.

*Note* Be careful when slicing and handling hot peppers.  They will release oils that are spicy to touch, and the last thing you want to do is transfer this oil to your eyes or to somebody else by rubbing them.  Use kitchen gloves if desired.

Place Peppers on the Smoker

Once your smoker is up to temperature and your peppers are prepared, it’s time to place your peppers on the smoker.

Remember, the objective is to cook the peppers on low and slow heat.  Over time, they’ll absorb the delicious smokey flavor we’re going after.  If your temperature gets too hot, you’ll effectively be grilling your peppers instead of smoking them.

You’ll also want to check in on your temperature frequently if you’re using a traditional smoker to make sure that you aren’t over doing it on heat.

The process takes about 2-4 hours to properly smoke peppers.  Part of the amount of time depends on the size of your peppers, and part depends on your personal preference.  The more time they spend on the smoker, the more smokey flavor they absorb.

After this time, your peppers will have darkened some and the skin will be softer but not particularly wrinkled.

Now that your peppers have completed their time on the smoker, it’s time to move them over to the food dehydrator to remove any remaining moisture.  Set your dehydrator’s temperature to 140°F.

Place your smoked peppers into the dehydrator.  The amount of time your peppers will need to spend dehydrating largely depends on how thick the walls are.  But typically after they’ve been on the smoker for a few hours, the dehydrating process takes about 8-10 more hours.

After your peppers have dried, take them out of the dehydrator and allow for them to cool to room temperature.  From there, grind your peppers to the desired coarseness.

Now it’s time to properly store your fresh, homemade smoked pepper spices to truly maximize their shelf life.  I like to use glass jars to store my homemade spices, but a resealable plastic bags or plastic container can get the job done too.

You’ll also want to store your spices in a dark place, ideally just in your pantry.  You can also store whole smoked peppers before you’ve ground them if you’d prefer.  The storage method is largely the same.  Whole smoked peppers will last about a month in your fridge or up to three months in the freezer.

You might be wondering why you should go through all of the trouble to smoke peppers.  We’ve mentioned already that smoked peppers make for some incredible homemade spices.  If you’ve never done a side by side comparison of homemade red pepper flakes to store bought, you need to do it ASAP.  Nothing beats the complexity and robustness of homemade spices.

In addition, the smokey flavor in particular is a fantastic compliment to many dishes.  From homemade chili to enchiladas to fajitas to just about anything else, a hint of smokey flavor is a major enhancer for your food.

You can also dehydrate smoked peppers right after they’re harvested and have maximum freshness to store for later use when peppers aren’t in season.  You can easily rehydrate them to make sauces, salsas, or food seasonings in the future.

In addition to all of that, smoking fresh peppers at home is healthier than using generic store bought spices.  Making them at home ensures no added preservatives or food processing substances.

Smoked peppers are one of the best ways to spice up your cooking game.  I love them because you get to combine smokey flavor with a ton of different dishes when you have ground smoked peppers at your disposal.

While it takes a decent amount of time to make smoked peppers the right way, it’s a pretty simple and straightforward process.  As long as you have a smoker and a dehydrator or oven, you can get the job done!

Remember, the goal is to cook your peppers low and slow so that they can absorb lots of flavor over time.  We aren’t trying to grill them over direct heat when we use the smoking process.

Did you use the techniques we shared in this guide of how to smoke peppers?  How did it turn out?  We’d love to hear about it in the comments section below!